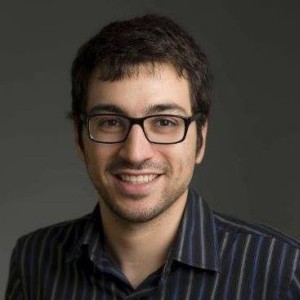 Back in September 2015, Augustin and I had just met and Weglot was still a small project under development. At the time, WordPress was just a name that we had heard of but didn’t know anything about it.

Our focus was to build a JavaScript code that could change the language of a page. The idea was that you will just have to copy-paste a snippet of JS in your website and Weglot would add the language switcher and allow visitors to view your website in multiple languages.

We asked several friends and start-ups we knew to test it and their feedback was really positive at first. Some people asked us if we were available on WordPress and that is how we entered the WordPress world.

Thanks to our first user feedbacks, we quickly understood that the JavaScript snippet was not a good idea: It was not the best practice to create a multilingual website and it caused SEO problems so we stopped working on it. We found a clean solution for WordPress so we started focusing on it.

We worked hard until December to build a WordPress plugin that would be very simple to set up and powerful: a tool that follows the best practices for SEO, that’s fast and compatible with themes and plugins, and that offers easy-to-manage translations.

In December, the first version of the plugin was ready. I had no idea of how exactly other multilingual plugins worked at the time. I didn’t even know about WPML and Polylang. I had developed the Weglot plugin from a “non WordPress” point of view.

We were super happy when we had one person a day downloading our plugin. But we wanted to get more people to test it and give us some feedback.

This is when we contacted Fabrice from WPFormation to let him know that we had built a new multilingual plugin. Fabrice immediately answered us. We were thrilled as we had sent several messages but most of them had remained unanswered, which made sense since we were only 2 guys in a small apartment who had built another multilingual plugin. We arranged a really interesting Skype call with Fabrice where we presented him what we had built.

Fabrice really helped us a lot as he understood that we were still new in the WordPress community and we had no contacts. He was the first to run an article on Weglot in December: https://wpformation.com/weglot-multilingue-wordpress/

This article was huge for us since we went from 10 new users a week to about 50 a week. And with 50 new users per week, you can start having a constant and regular flow of feedbacks. We spent a lot of time with our first users since we already had a live chat. We were chatting until late at night to solve problems or help users with some CSS issues to customize their language button.

Thanks to Fabrice, we got more attention and in the following weeks, we received some answers to our emails. Camille reviewed our plugin http://camillelatouche.com/test-weglot-plugin-wordpress-multilingue-facile/ and one month later, Mister WP https://www.mister-wp.com/outils/weglot/ and Bruno Tritsh http://brunotritsch.fr/weglot-solution-wordpress-pour-sites-multilingues/

We started to discover the French WordPress community and we received a lot of advice from people we met. Jonathan from WP Rocket gave us some precious advice at the time and mentioned the WordCamp in Paris.

In early February 2016, we had a huge monthly revenue of… 291€! We felt our product was ready and we decided to do two things:

Sponsoring the WordCamp was with no doubt what really launched us. Within two days, we had met and exchanged with many people from the WordPress community like Jenny Beaumont, Nicolas Richer, Maxime Bernard Jacquet and the WP media team, Alex Bortolotti, Isaure & Amauri from WPAppNinja, Thomas Deneulin, Eddy & Sylvain from e-labo and so many others.

After the WordCamp, we started to get more and more users.

Over the last 6 months, we had users coming from 3 different channels:

We spent a lot of time on support, through live chat and emails. We answered all users, whether they had a paid subscription or a free one. It was simple at first but support requests rose from 2 or 3 emails a day to more than 40.

But because many support requests were similar, we improved certain features and added explanation for some pain points.

We also worked on the plugin to improve its performance, its compatibility and the translations interface.

In July 2016, we hit €3,500 in monthly revenue and we moved from my small apartment to a small office, which was a plus for focus: we now had a place fully dedicated to Weglot.

We are really happy to reach new milestones but we know that we still have a really long way to go and we are still at the beginning of our journey.

We have been particularly focused on support and improving the plugin in the past 6 months but there are several aspects that we wish to improve in the upcoming 6 months:

To conclude, we want to thank all the people who helped us from the beginning with their advice, by sharing their best practices, their network or their visibility! One thing we are sure of: we couldn’t have done all of this on our own!

2020: That unspeakable year and what we achieved

Translate your website into English, even if English isn’t your first language

Multilingual support and why it matters
READY TO GET STARTED?
The best way to understand the power of Weglot is to see it for yourself. Get your website multilingual live in minutes.
Start your free trial