The Future of WordPress: A Look Beyond 2017 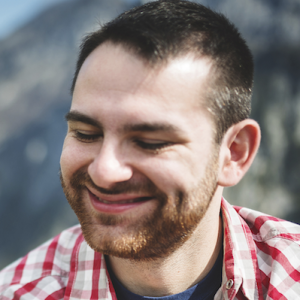 The fact that WordPress powers up approximately 28% of the entire internet isn’t a coincidence. It’s a platform that is always in a constant state of development and improvement. If you’re one of WordPress’ many users, it’s vital for you to keep tabs on its evolution – otherwise, you might lose your edge over the competition.

Fortunately, there’s a vast community built around the platform. This means it’s easy to keep up with its latest developments. Simply keep an eye on your favorite WordPress blogs, and you won’t miss a thing.

In this article, we’re going to talk about three of the latest developments in the world of WordPress, and what they might mean for its future. Let’s dig in!

WordPress.com’s Features Are Becoming Closer to Its Self-Hosted Sibling

WordPress.com has long been a beginner-friendly platform, and now it’s starting to branch out.

Historically, WordPress.com has remained mostly a blogging platform, even while its big self-hosted brother has moved onwards. However, during 2017 they decided to finally let some of their premium customers install custom plugins and themes on their sites. In a unique twist, WordPress’ attempt to counter the threat of rival site builders (more of which later) could see them effectively compete with themselves.

This may sound like a small change, but in the past, WordPress.com shied away from this possibility at every turn. Even if you’re not a paying customer, this change marks the end of an era and here’s why:

The biggest change is that now, some users may look at WordPress.com with new eyes. If you previously discarded the idea of using the platform due to its lack of customization possibilities, it may now be worth a try. You can get a set of features that almost matches self-hosted WordPress and enterprise-level hosting, for a static fee entitling you to specialized support.

SaaS business models – such as ours – are highly sustainable.

SaaS is currently a burgeoning business model taking the WordPress community by storm. Take WooCommerce, for example – it’s an open-source plugin, but it supports a third-party SaaS extension that offers you the possibility of integrating all your business apps under a single umbrella.

It’s the same model we’ve decided to use at Weglot, and here are three reasons why so many other WordPress developers also want to move to SaaS:

We’re still at a stage where most premium plugins charge you a one-time fee for their use. Some will only provide support for a year or two. The point is that this isn’t a sustainable model. If you want to continue enjoying top-notch WordPress tools, you should welcome the move to a SaaS model.

Moreover, if you’re a developer, this shift means you can now seriously consider making a living from one exceptional plugin or third-party application for WordPress. If our own growth has shown us anything, it’s that users are willing to pay for a quality product, regardless of the payment model.

WordPress Is Taking Steps to Compete With Squarespace and Wix

A lot of people just want a platform that’s easy to use, and WordPress fits the bill.

WordPress is renowned for its ease of use, although some platforms attempt to be much simpler to get started with.Take Squarespace and Wix, for example. At first glance, they both fulfill the same purpose as WordPress does, but they target a different audience – those who want to use build beautiful websites very quickly and simply.

WordPress does offer its own share of powerful site-building plugins, although none are provided out of the box. Fortunately, the team behind the platform is working on a new editor that could eventually simplify the content creation process, and it’s called Gutenberg. While it’s still a work in progress, here are the benefits you could eventually receive:

Overall, the message is clear – WordPress is ready to compete with other platforms that claim they make creating websites easier. It already has the advantage when it comes to its sheer range of features, and this change should enable it to expand its market share.

WordPress has been around since 2003, and it’s not losing steam. If anything, the future looks bright for the platform. Development isn’t slowing down, and there are more quality plugins and themes available now than ever before.

Take 2017, for example. These are two of the latest developments for WordPress and what they might mean for you:

What changes would you like to see in WordPress to improve your experience with the platform? Let’s talk about the future in the comments section below!

A guide to finding the best website translation services online

Best practices for designing a language button
READY TO GET STARTED?
The best way to understand the power of Weglot is to see it for yourself. Get your website multilingual live in minutes.
Start your free trial