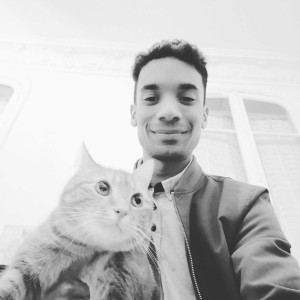 The first episode of our new blog series on WordPress Communities was focused on the WordPress Toronto Community. Today, we are happy to interview Evangelia Pappa from the WordPress Greece Community!

You can find Evangelia on Twitter and news about WordPress Greece community on wpgreece.org

Who is the WordPress Greek Community?

WordPress Greek Community first started back in 2007-2010, with the first full Greek translation of WordPress and then two unofficial WordCamps that took place in Thessaloniki in 2010 and 2011. In its present form, the Community has being active since 2012. The number of members in the Facebook group is at the moment around 6.900 and it just keeps rising every day. The key members of the community are the local meetups organizers who are also participating as members of the organizing teams of WordCamp Athens and WordCamp Thessaloniki.

Apart from the 3 active local meetups, WordPress Greek Community has hosted two local WordCamps so far in Athens, WordCamp Athens 2016 and WordCamp Athens 2017. And we are currently organizing the first WordCamp Thessaloniki which is going to take place at the beautiful city of Thessaloniki, in the Thessaloniki Concert Hall (M2 building), just by the sea, on 15-16 of December 2018.

What is your background, what should our readers know about you?

I’ve studied Technology of Computer science and Telecommunications and currently work as a Technical Customer Support Representative for Asus. I love blogging about technology and the WordPress Community on my personal blog. In the meantime, I am the publisher of a litterature e-magazine where I also keep a column. Last but not least, I am currently responsible of PR and marketing solutions for the WordPress Greek Community.

For how long have you been using WordPress? And why you’ve chosen WordPress?

I have been using WordPress for the past 3 years for both my blogs and also the website of a music band which I manage, as it is easy to use, easy to educate people on managing it, quick and light comparing to other CMSs I have used. And the biggest advantage of WordPress is the local and global Community that supports it. Since I can find it translated in my language, as well as tons of plugins, I can search for question on forums or Facebook groups, I can easily find tutorials, attend meetups and WordCamps, learn things, evolve and acquire new skills. Another important reason for choosing WordPress is networking with people with the same passion as you making new friends and cooperations.

How did you get involved in the WordPress community?

The story began in 2015, while trying to set up my blog. Then I met Evangelos Athanasiadis, @dyrer (Head of Polyglots team in WordPress Greek Community) and got introduced to the world of WordPress, leaving behind other CMSs I had already used. Since I used to work as a journalist and media producer, Evangelos suggested I should create content and press releases for the local meetup and I started co-organizing Larissa WordPress meetup. Evangelos also introduced me to other members of the community and we started organizing our first WordCamp in Athens in 2016 without even having met in person with the rest of the team. This community has become a big group of friends and the organizing team so far, a bigger family.

Today you’re playing a key role in the WordCamp organization, tell our readers more about the biggest challenges, the innovations and the new trends of the WordCamp Thessaloniki.

This year is a bit crazier and busier as I am at the same time a co-organiser of WordPress Larissa meetup, member of the organizing team for WordCamp Europe 2019 at PR sector and I deal with all communications and content for WordCamp Thessaloniki 2018.

Thessaloniki deserved an amazing WordCamp, for having such a great WordPress Community, an active meetup and nice people. Thessaloniki is the second biggest city in Greece and -as we call it- the co-capital. Since it is the biggest city in Northern Greece and it is located right in the center of Northern Greece, it is easier for some people to attend a WordCamp there and not in Athens. We wanted everyone to be aware that the WordPress Greek Community is not only in Athens.

Our goal is to hold a WordCamp in each major Greek city per year. We want the community members to get to know each other better and develop strong bonds, work together, cooperate, contribute to our most favorite project in the world, WordPress.

Another basic goal is to attempt to participate in more events outside of the country in order to be exposed to new ideas, use other communities as an example, set new goals with open minds and get to know each other better. You know you are always welcome in Greece and since you are a community member you are a family member here already.

Another issue we are trying to solve is keep our deaf members able to participate and find the best way to assist them. We have tried sign language so far.

Lastly, it is very important for us all to have new members in the organizing roles. We are always looking for openness, democracy and fresh ideas in the community, let’s give a voice to everyone.

For you, what’s the magical recipe for a successful WordPress WordCamp or Meetup?

People is the right word. Without people nothing is possible. After all WordPress moto is “WordPress is all about the people”. There is not a specific magical recipe for something to be successful (we don’t even know how it is going to be until it happens). But everything needs motivation, vivid imagination, hard work and at the same time having fun, as we are all volunteers.

Understanding and friendship comes with time, when you have focused in a specific goal together and cooperated with people. Sharing always helps. We discuss everything together, everyone in the community can see how it works out and we vote for the best option together. I think the same goes for any other community. If you want it to happen, you need to make it happen.

What will be the future of the Greece WordPress community?

The main goals of the WordPress Greek Community is to keep our meetups alive and growing and to create more active points in other cities, as well as have a local WordCamp at every city with an active meetup. We aspire to have more local WordCamps every year and we are always dreaming of applying for WordCamp Europe and hoping to be selected!

Thomas Fanchin
Partnership Manager at Weglot. Establishing new connections and organizing events everyday. Breathing, talking and dreaming about Weglot and a multilingual world. If I'm not on a call with you, I'm probably taking a picture of my cat Roxy.
Recommended Articles

How to translate products on your ecommerce store

What is global SEO? Our tips to create a winning strategy
READY TO GET STARTED?
The best way to understand the power of Weglot is to see it for yourself. Get your website multilingual live in minutes.
Start your free trial